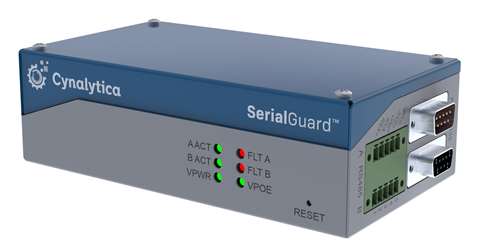 Combined with the Cynalytica AnalytICS Engine Platform, it can also reveal and help alert traffic anomalies that are indicative of a cyberattack, physical attack or system misconfiguration. Legacy serial communications make up 30 to 60 percent of all U.S. critical infrastructure, the company said.

These typically insecure and unmonitored assets have been historically overlooked, with most ICS security providers only monitoring TCP/IP and Ethernet communications, leaving gas pipeline and other utility operators with a large monitoring blindspot.

“As geo-political cyberthreats to U.S. critical infrastructure escalate and we see the launch of the DHS/CISA Shields Up advisory, we’re happy to see that many commercial infrastructure operators are becoming more aware of the need to protect their legacy infrastructure — something SerialGuard allows them to do safely and securely,” said Cynalytica CEO Richard Robinson.

Cynalytica is based in Arlington, Virginia.