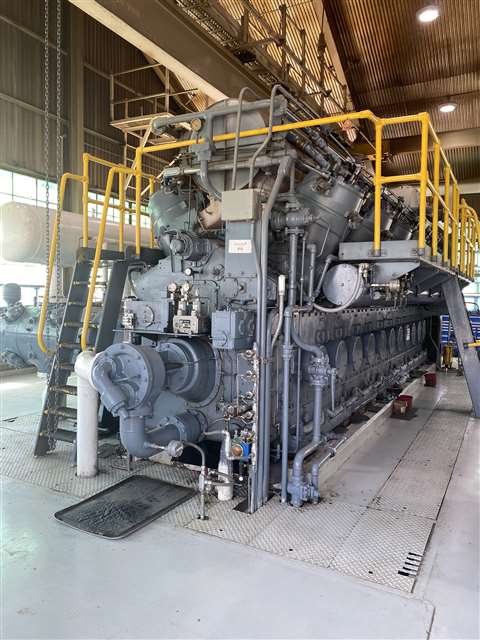 The engine was equipped with Cooper’s HyperBalance IV system to monitor pressures, collect data, and ensure equipment safety during the test. This month, the unit ran in the field for the first time with the hydrogen fuel blend.

“This is a remarkable time for Cooper and our hydrogen development program. In September, we announced a major hydrogen breakthrough when we ran an AJAX integral engine on a mix of 30% hydrogen at our company test cell in Houston, Texas,” said Cooper CEO John Sargent. “The Southern Star test proves unequivocally that similar results can be achieved in the field and with a variety of engine models.

When combined with Cooper’s combustion enhancement technology, the industry’s big bore engines are capable of impressive greenhouse gas reductions with additional improvements in reliability and efficiency. This is another large step towards greater adoption of hydrogen across the industry.”

“Southern Star is proud to be the first natural gas transmission company in the United States to achieve a 30% hydrogen blend in the recent testing of our reciprocating engine in Hugoton, Kansas. Our partnership with Cooper has been instrumental in the success this project,” said Shawn Patterson, Southern Star President & CEO. “This testing presents emission reduction opportunities on our road to being net zero by 2050.”

Southern Star is a midstream operator with approximately 5800 miles of natural gas transmission pipeline in the Midwest and Mid-Continent regions of the United States.

Cooper Machinery Services is the original equipment manufacturer (O.E.M.) and supplier of parts and after-sale services, and emissions reduction technologies to a large installed base of highly respected engine-compressor brands. The company’s O.E.M. brands include AJAX, Cooper-Bessemer, CSI, Enterprise, Gemini, Superior, TSI, and TXC. They also are a major supplier of after-sale support for non-Cooper engine-compressor brands such as Clark, CAT (3600 engines), IR, Waukesha (VHP engines), and Worthington. 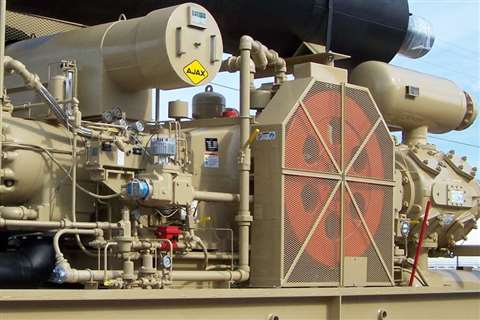