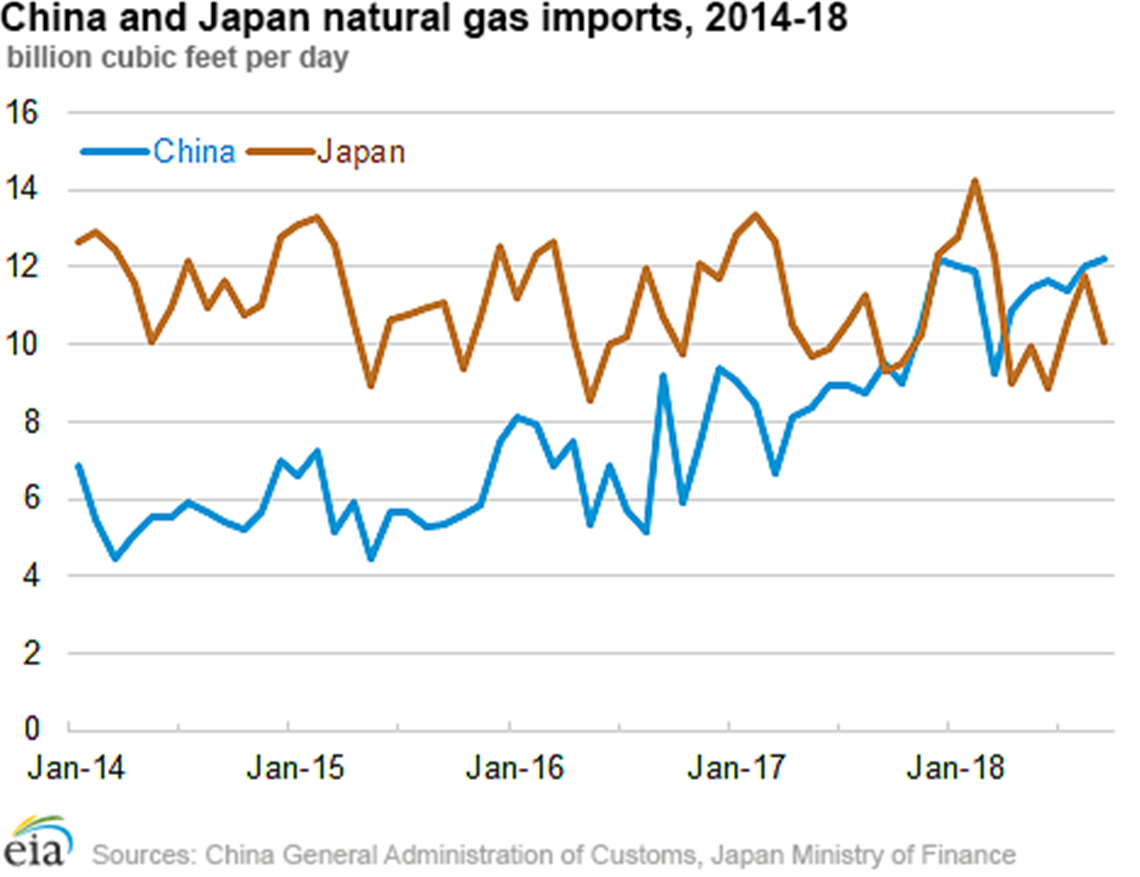 China’s thirst for energy has made it the largest importer of natural gas, according to the U.S. Energy Information Administration (EIA).  Over the past six months, China’s natural gas and liquified natural gas (LNG) imports have topped every other importer across the world, exceeding 12 Bcfd (340 X 106 m3/d) in September and October, according to data from the country’s Administration of Customs.

In the first nine months of 2018, China’s total natural gas imports averaged 11.4 Bcfd (323 X 106 m3/d), a 34% increase over the same period last year. These numbers have pushed the country past Japan as the top natural gas importer.

LNG is also playing a role in the import increase. China became the world’s second-largest LNG importer in 2017. The country’s LNG imports averaged 6.5 Bcfd (184 X 106 m3/d) in the first nine months of this year, which was 30% higher than the same time period in 2017.

An increase in domestic consumption, made possible by government policies to reduce air pollution, led to the rise in imports, the EIA said.