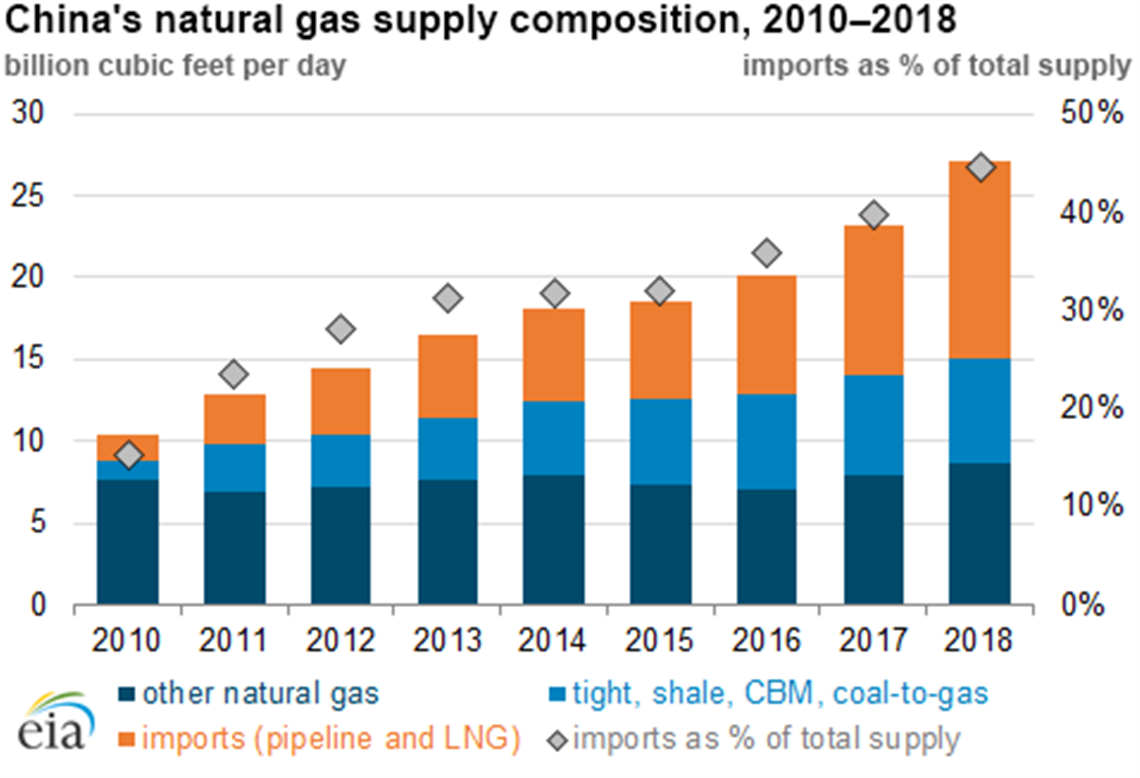 Over the last several years, consumption of natural has in China has increased significantly. And global gas producers, including the U.S., have scrambled to address the growing demand, primarily through increased shipments of liquefied natural gas (LNG).

Now, however, it seems like the Chinese would like to have a little more of that demand met domestically, as the Chinese government has introduced new incentives for domestic production of tight and shale gas and coalbed methane

In the new subsidy program, which goes through 2023, CBM production qualifies for higher subsidies than natural gas produced from shale and tight formations, reflecting the higher cost of CBM production. For production from tight formations, only the incremental volume based on 2017 production levels will qualify for subsidies. Natural gas produced during the heating season (November through February) receives higher subsidies, giving producers more incentives to help alleviate shortages during peak winter demand. The Chinese government also removed the requirement for foreign companies to establish partnerships with domestic Chinese companies to operate in the oil and natural gas upstream sector.

China has been developing tight gas from low-permeability formations since the 1970s. Tight gas production was negligible until 2010, when companies initiated an active drilling program that helped lower the drilling cost per vertical well and improve well productivity. Growth in production from shale and CBM resources has been affected by complex geology, deep reservoirs, low well productivity, and some of the highest per unit production costs of the Chinese natural gas resource base.