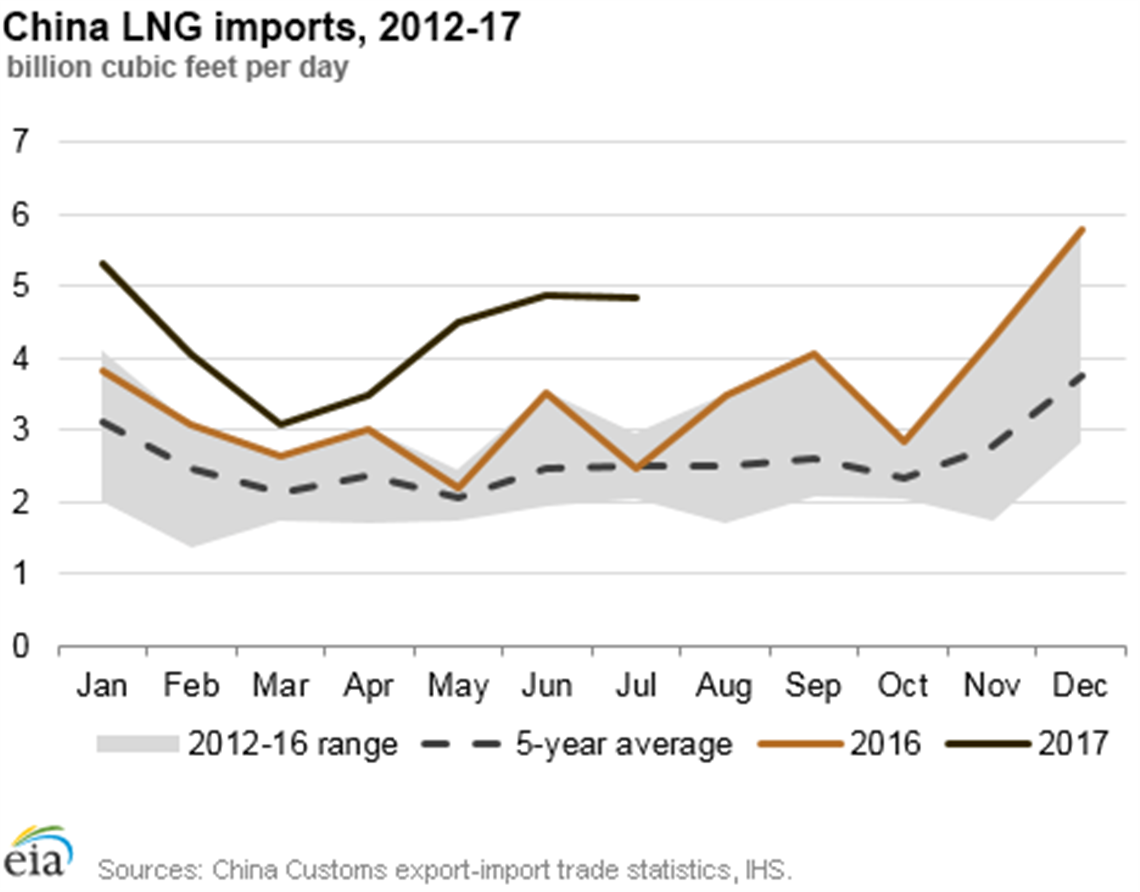 According to an EIA report, 2017 will be a record year for China’s imports of liquefied natural gas (LNG). The report also projects that China will overtake South Korea as the world’s second largest LNG importer in 2018.

Natural gas consumption in China is also up 15% from 2016 levels. According to China’s National Development and Reform Commission, this growth was driven primarily by coal-to-gas switching for power generation, as well as a decline in hydroelectric power generation due to flooding in central and southern China.