Burckhardt’s fiscal year starts in April and runs through March.

The company’s sales fell 10% to CHF 268.5 million, but earnings before interest and taxes (EBIT) rose to CHF 26.3 million, from CHF 26 million one year earlier. As expected, sales did not match the previous half-year levels because of lower order intake during the start of the coronavirus one year earlier, Burckhardt reported.

The company’s EBIT and return on sales rose while net income fell from last year because of higher financial expenses.

Burckhardt’s European business also regained momentum, but the U.S. investment climate was still weak, with the exception of hydrogen, which accelerated.

Based on expected delivery dates for orders received in 2019 and 2020, Burckhardt expects Group Sales between CHF 620 million and CHF 650 million for the fiscal year as a whole. This forecast assumes there will be no further serious outbreaks of the coronavirus in markets that Burckhardt serves and the global economy continues to recover. The company said it expects FY 2021 EBIT margins to be on par with last year. 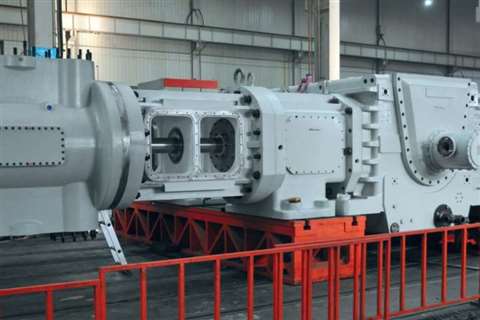