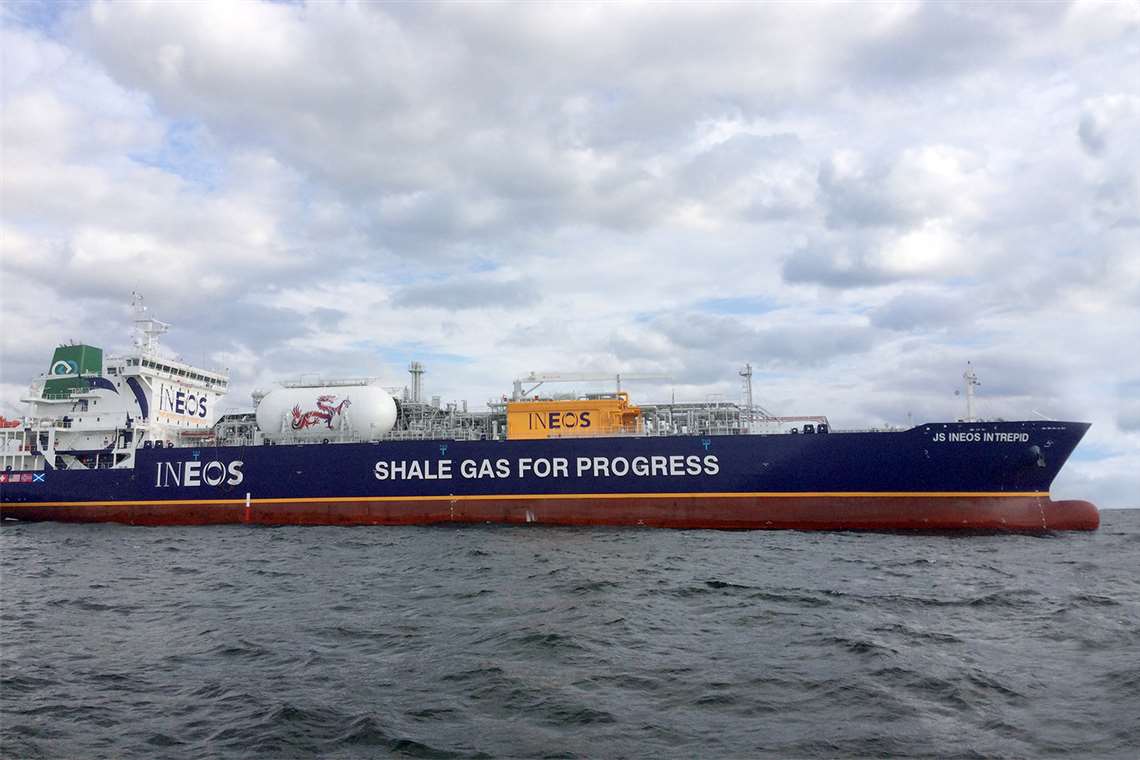 Burckhardt Compression announced that its Laby compressors are used to keep shale gas cool during transport from the United States to the United Kingdom. These ongoing shipments move US shale gas to the INEOS Grangemouth petrochemical site in Scotland, UK.

The Burckhardt low-temperature, boil-off gas compressors are installed in each of the multi-gas carriers that comprise the fleet of Dragon-class vessels, as well as the onshore cryogenic ethane gas storage tank in Grangemouth. Burckhardt labyrinth piston compressors are also installed at the polypropylene and polyethylene production plants in Grangemouth, the company said.

The INEOS facility converts ethane into ethylene, which is used to produce plastic products, solvents and anti-freezes. The Dragon-class vessels can carry 971,153 cu. ft. (27,500 m3) of ethane gas, as well as liquefied petroleum gas (LPG) and liquefied natural gas (LNG). The ships are powered by two Wärtsilä 6L50DF dual-fuel engines, which can run on ethane, LNG or diesel. The boil-off gas compression system is designed and delivered by Wärtsilä Gas Solutions, including the Burckhardt compressors.