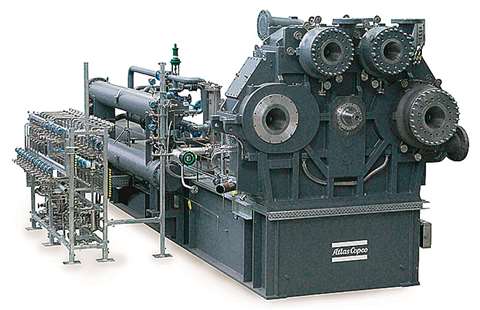 Demand for Atlas Copco’s products and services increased from a year ago. (Photo: Atlas Copco.)

The demand for Atlas Copco’s products and services increased considerably compared to the previous year and exceeded the already high level of the fourth quarter last year. Order volumes for the service business continued to grow, Atlas Copco reported.

“The demand for the first quarter was better than we expected, and the order intake was on record levels for all business areas,” said Mats Rahmström, the company’s CEO. “Despite new uncertainties in the world, supply chain constraints, higher costs for components as well as new COVID-19 outbreaks, we delivered a healthy profit.”

Looking ahead, in the near-term, Atlas Copco expects that the customers’ activity level will remain high, but weaken compared to the very high level in the first quarter.

Atlas Copco’s compressor technique division remains its largest and most profitable, with revenues of MSEK 13,305 in Q1, up 15% from a year ago. Its return on capital employed in Q1 was 90%.

The company said the demand for industrial compressors was strong and that order volumes jumped from a year ago. Geographically, Atlas Copco had solid order growth in all major regions, particularly North America and Asia. Orders for gas and process compressors grew significantly from the previous year and the previous quarter.