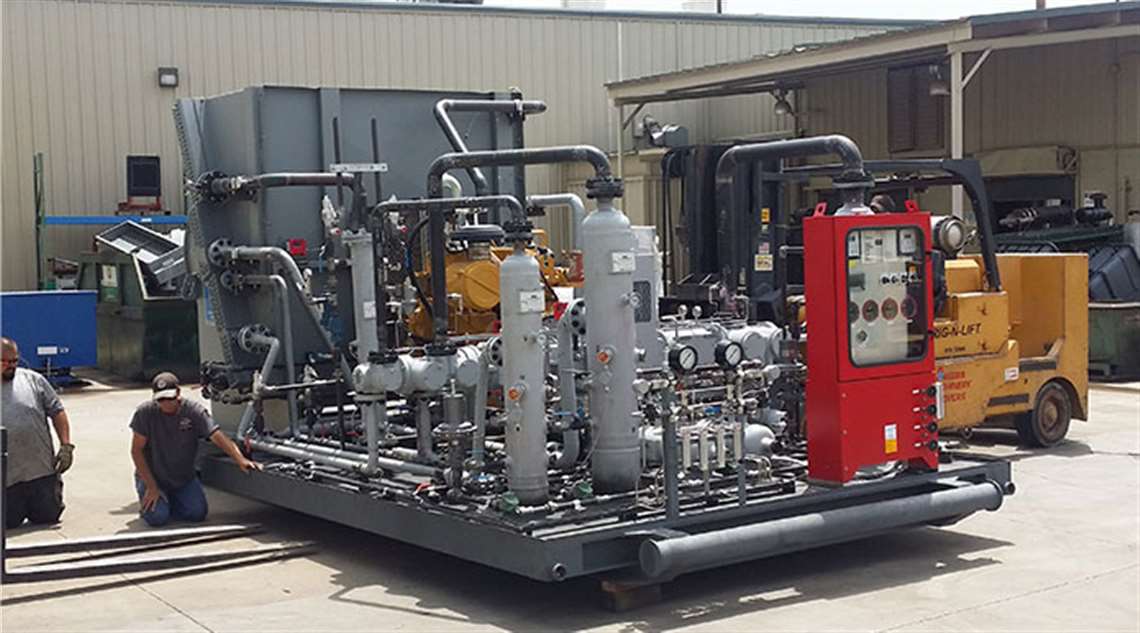 Arrow Engine Co. has made several moves to bolster its presence in the sour gas landscape. The gas engine and compressor provider has modified two of its reciprocating compressors to handle sour gas, while also increasing the horsepower on its compressor packages to make them more attractive for sour gas applications.

The VRS-2 and VRS-4 compressors, designed for standard gas, gas lift, boosting and CNG applications, now have sour gas-handling counterparts under the monikers VRSN-2 and VRSN-4, respectively. The sour gas compressors have similar builds to the original machines, but differ from the crosshead slide out, said Seth Lloyd, Arrow Engine’s engineering manager of compression products.

“Everything but the cylinder body changes essentially. Anything that could potentially come in contact with process gas needs to be assessed,” Lloyd said. “The piston rod is different. The valves are different. A lot of the seals – packing and static – are different. It’s pretty extensive.”

The design of these components, as well as the materials, allow the VRSN-2 and VRSN-4 handle the corrosive gases that would damage regular compressors. Arrow Engine declined to comment on the materials used to craft the components on its sour gas compressors.

This story first appeared in the January-February issue of COMPRESSORTECH2. We only publish a fraction of our magazine content online, so for more great content, get every issue in your inbox/mailbox and access to our digital archives with a free subscription.