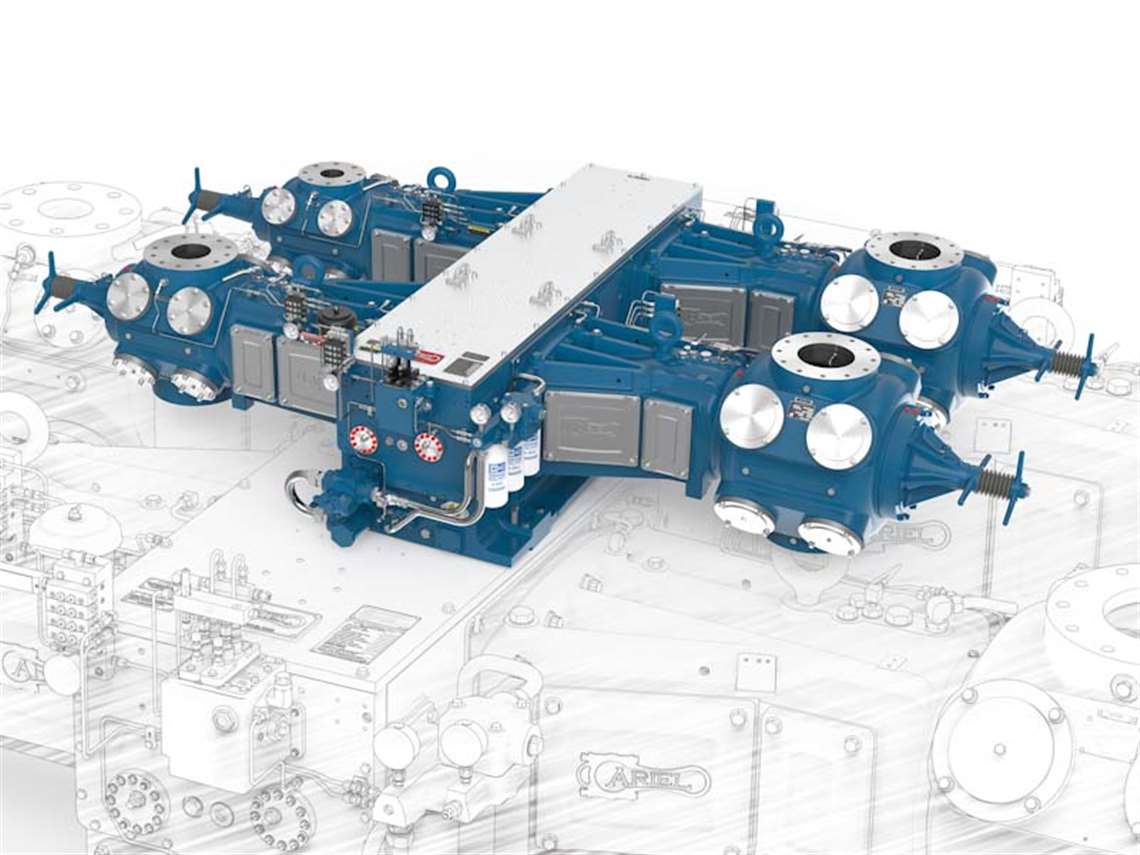 Nearly two years after releasing two new compressor frames, Ariel Corp. has done it again with another model – the KBE.

“We’ve made a significant investment in compressor technology and will leverage that to bring new products to the marketplace,” said Robert Drews, Ariel’s director of marketing. “We are improving the value we provide to our customers.”

The KBE, available in two- and four-throw variations, is designed to meet the compression needs for many of the applications that use its JGH:E:K:T frames. It has the same features of other KB models, such as the KB style angled guide, which increases the structural stiffness substantially compared with the JG style frames, Drews said.

Read more in the March issue of COMPRESSORTECH2.