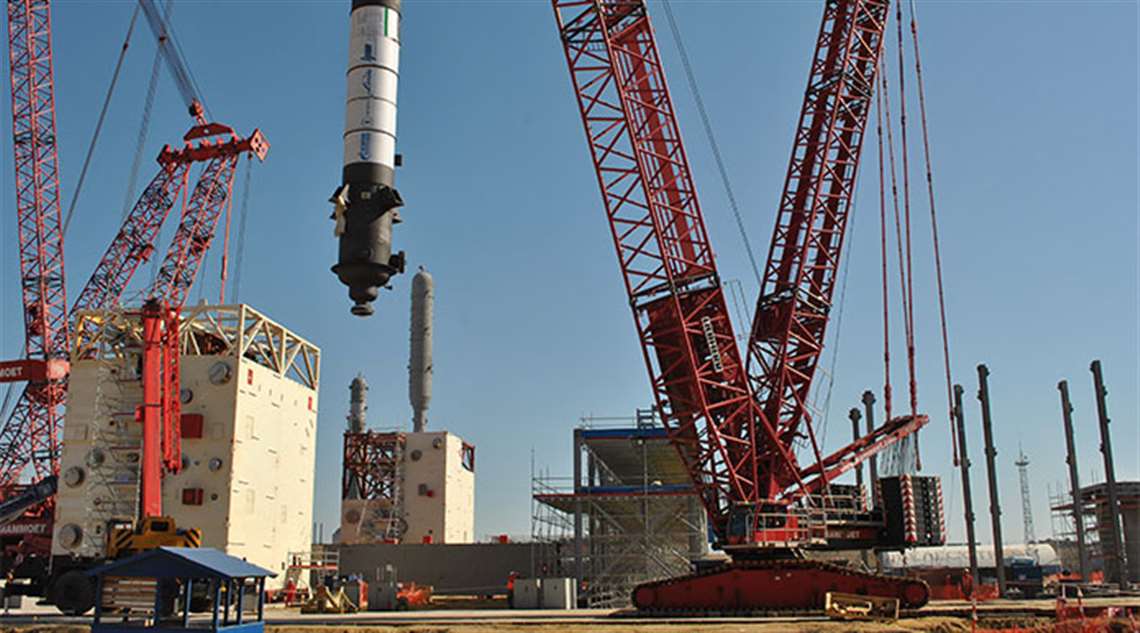 The initial phase of construction on the Amur Gas Processing Plant in Svobodny, Russia has been completed. Located on the banks for the Zeya River about 60 miles (96.5 km) from the Chinese border, Svobodny was founded in 1912 during the construction of the Trans-Siberian Railway network, serving as a major transportation hub for Russia.

The Amur Gas Processing Plant’s six production lines, each capable of producing 247 Bcf (7 X 109 m3) of natural gas, are being constructed in phases to correspond with the development of Gazprom’s production capacities in the Yakutia and Irkutsk regions of Siberia. The plant will also have a helium production facility, and the ability to produce ethane and liquefied hydrocarbon gases.

The Amur plant is an integral part of Russia’s production chain linking the country’s natural gas production centers at the Kovyktinskoye deposit in Irkutsk region and the Chayandinskoye oil, gas and condensate field in Yakutia. The plant will also serve as a natural gas supply link to China. The first two lines are slated for commissioning by 2021.

The Penetron Group is a manufacturer of specialty construction products for concrete waterproofing, concrete repairs and floor preparation systems.