André Eijk explores the compressor reliability survey from the European Forum for Reciprocating Compressors (EFRC), which reports the improvement of reliability, efficiency and integrity.

The reciprocating compressor’s flexibility in handling wide capacity variations and generating high pressures independent of the density of the gas, makes it a vital component in today’s energy markets – upstream, midstream and downstream.

Notwithstanding the many inherent advantages of reciprocating compressors, their reliability, efficiency and integrity have improved considerably over recent decades. This has been achieved through developments such as improved flow control devices, new and improved valve design, new materials, product optimisation and improved techniques for pulsation and vibration control.

In the past the industry still had a perception that reciprocating compressors suffered from poor reliability in comparison with turbo compressors. For that reason, the EFRC in 2009 carried out a compressor reliability project to investigate users’ experience with several types of compression equipment regarding versatility, robustness and reliability. The focus was on those aspects that industry had indicated are most critical with respect to unscheduled shutdowns (Figure 1). 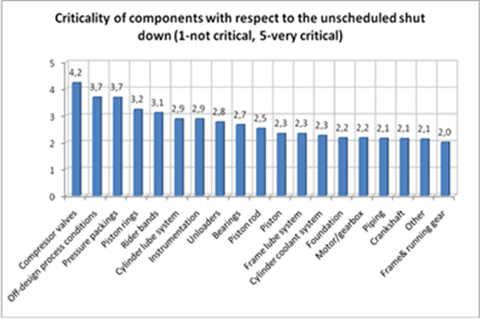 Based on the results of the new study, the EFRC also intends to develop a new guideline called Operations and troubleshooting. The aim of this document is to provide information on how to operate reciprocating compressor systems safely, reliably and efficiently so as to avoid failures and unscheduled shutdowns. With this in mind, the new reliability study also asked users which topics the new guideline should include.

This means that for several items, conclusions with respect to medium and high speed compressors are not statistically reliable. For that reason they have not been included in this article.

For maintainability, in contrast, only principles and guidelines can be specified, since many variables and constraints typically affect the designer’s ability to provide the ideal solution.

The most commonly accepted definitions of reliability and availability are:

8760 = number of hours in one year (substitute the required number of operating hours, if this is lower);

The subtle difference between reliability and availability is that, because of the need for Scheduled Downtime (SD), availability will never be 100% even if there is no unscheduled downtime.

In practice, one also sometimes sees availability defined identically to reliability. By this definition, availability will be 100% if the machine is available for all of the time that it was planned to be.

Maintainability, the ability to maintain a machine, is really self-explanatory. However, it does have a direct effect on availability. Simply put, if the SD is extended because the machine is difficult to maintain, the availability is compromised.

Fourth variable of Integrity (I)
Integrity is defined to account for the number of failures that affect a specified compressor. Integrity focuses on the economic damage and loss of production due to an unscheduled failure. Unscheduled failures have the greatest impact on reliability.

The difficulty in defining this parameter is that multiple aspects can influence integrity. The economic damage caused by a failed compressor can vary greatly between different compressors and their systems. The amount of economic damage and loss of production depend, for example, on the availability, the Mean Time Between Failures (MTBF) and Mean Time To Repair (MTTR), the total costs (operating costs, maintenance costs for repairs, initial costs for spare parts and installation) and reliability.

Results of EFRC 2019 study
Despite the fact that the number of responses to the 2019 study was 19% less than that for the 2009 study, the results can still be used.

General consensus on Reliability (R)
In general we can conclude that the largest share of reciprocating and screw compressors have a reliability in the range 90-97%, both onshore and offshore (Figure 2).

In the reliability range 98-100%, turbocompressors have a much larger share than that of reciprocating and screw compressors, both onshore and offshore. The share of turbocompressors with reliability in the range 90-97% is slightly higher than in the 2009 study (36.59% in 2009 versus 39.20% now). 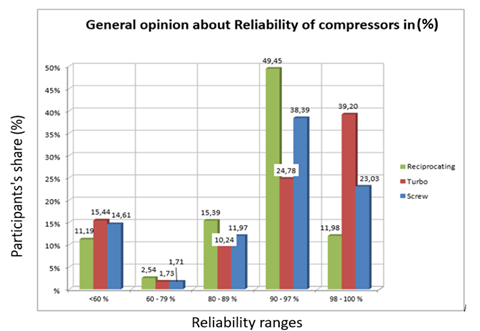 Figure 2. General opinion about the reliability of compressors from the EFRC 2019 study

Another important conclusion is that the perception of reliability for offshore systems is much lower than for onshore systems, for all compressor types. This is especially the case for compressors with reliability in the range <60%.

The detailed results show that we can attribute this to their use in offshore applications. The top five components responsible for unscheduled shutdowns follow the same order in the 2019 study as they did in 2009 (Figure 3). 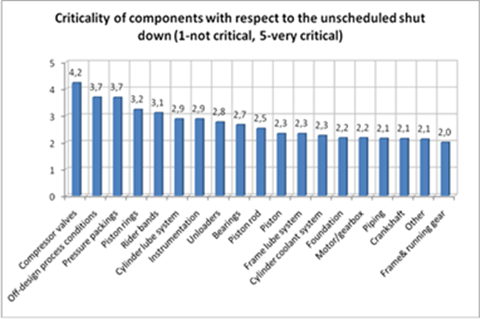 All other components have a lower criticality than in the 2009 survey. Components that are negatively affected by incorrect cylinder lubrication have the highest score for wear parts. In decreasing order of the number of unscheduled shutdowns, these are piston rings, valves, packings and rider bands. The figures are more or less the same as in 2009.

Most of these parameters relate to operational conditions that can only be influenced by end users, not by compressor manufacturers. 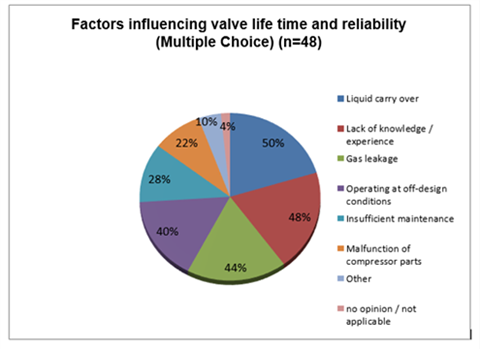 Figure 4. Parameters that have negative effects on the reliability of compressor valves 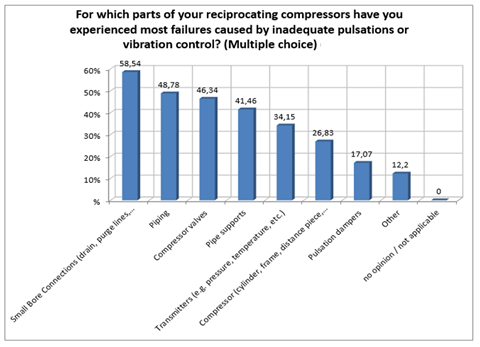 They also indicated that training on monitoring systems can increase reliability, which was also the case in 2009. The share of participants who have this opinion is much higher in the present study than in 2009 (74% now versus 43% in 2009). Furthermore, 38% of the participants indicated that they have wireless condition monitoring systems, and within this group 36% stated this has increased reliability.

Reciprocating compressor systems
The top five parameters that have increased the most in terms of reliability are, in descending order: compressor valves; pressure packings; process conditions; rider bands, and; cylinder lubrication/lube systems (see also Figure 6). These ratings are approximately the same as in 2009.

It is remarkable to see that four out of these top five parameters (compressor valves, pressure packings, process conditions and rider bands) feature in the top five components that mainly cause unscheduled shutdowns.

This suggests that compressor and parts suppliers have improved their products, despite the fact that these components still cause the majority of unscheduled shutdowns. 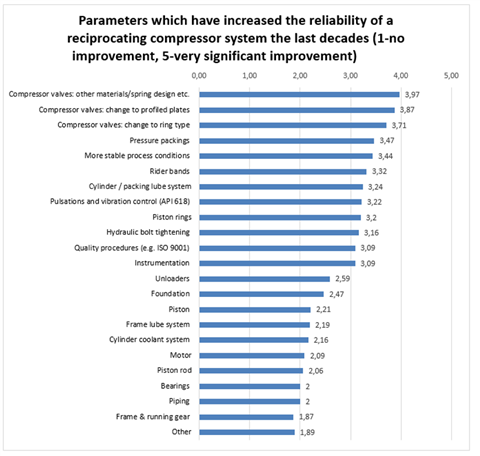 Figure 6. Components and parameters that have improved the reliability of reciprocating compressor systems

More detailed information can be found in the report, which can be purchased via Maja Schütz at the EFRC, click here to send an email 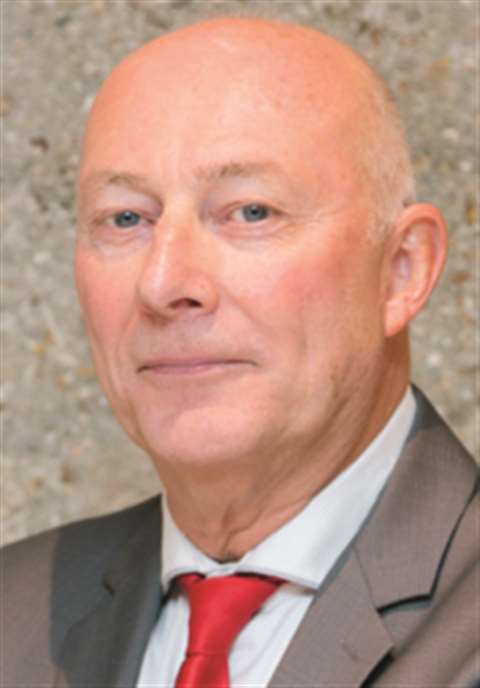 About André Eijk
He is a retired senior expert at TNO in the Netherlands on pulsation and vibration control of pipe systems, compressors, pumps and process equipment.

Eijk was actively involved in API, and EFRC working groups for the development of standards and guidelines on pulsations and vibrations, for numerous years.
Europe Global Research Industry News Compression Emissions 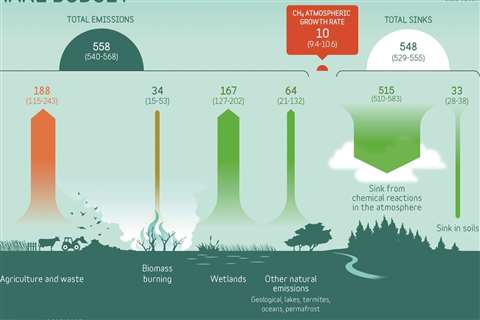